Lush, undulating grassland and Thornveld plateaus are typical Eastern Cape Sweetveld bush for hunting in an area steeped in the history of Anglo-Boer conflicts. Trophies on offer are the shy Blue Duiker and Oribi, the elusive Grysbuck, the aggressive Bushpig and Bushbuck and the cunning Caracal, only a short distance away in the natural beauty and biodiversity of pristine bush and lush farmland.

Tam Safaris welcome their guests to the picturesque seaside village of Port Alfred, which is in the heart of the Sunshine Coast, between the Eastern Cape coastal cities of Port Elizabeth, East London and inlands towards historical Settler Country. The stunning Safari Lodge is a stone’s throw from the sea and enjoys access to every modern amenity.

Providing gracious accommodation, the Safari Lodge is situated high on the banks of the wide, navigable and tidal Kowie River and nestled amongst the natural Milkwood trees on a ten acre property with private jetty. Superb beaches, invigorating boat cruises, river and deep sea fishing, golfing along spectacular stretches of the Indian Ocean coastline, resort spa treatment facilities, quad-biking, water-skiing, scuba diving, canoeing, whale and dolphin watching, Horse Safaris through contrasting habitats of dune forest, open grassland and over magnificent beaches and sand dunes, led by qualified guides, visits to nearby private game reserves or walks in unspoiled indigenous forests are all a few of the recreational activities on offer. 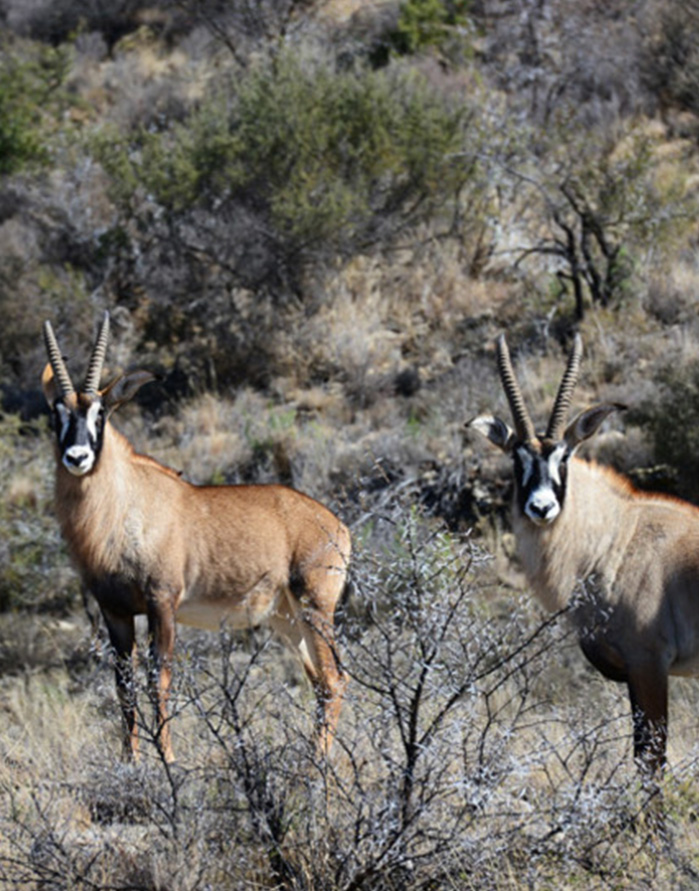 Browse our wide variety of trophy worthy selections including rare species, lion and buffalo, as well as plains and coastal game.